THE STORY BEHIND DREAM ON 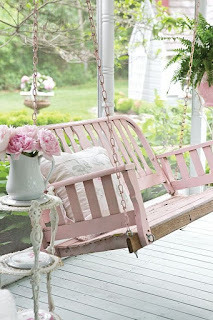 I like stories about working-class heroines. Maybe it’s a push-back against all the tinsely “Falcon Crest” television I grew up with in the eighties—the over-starched George Jetson snap-on 'dos, the glittering cocktail gowns, the sobbing betrayals.

Give me a nice girl who maybe hasn’t had it so easy. Who doesn’t have a lot of money. Who’s learned something about herself because golden opportunities weren’t handed to her at birth.

That’s exactly why I came up with Cassidy Roby, heroine of DREAM ON. 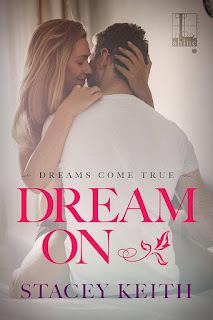 SWEET DREAMS, the second book in my Dreams Come True series, is a riff on Beauty and the Beast (non-Disney version!) DREAM LOVER, due out in July, is Sleeping Beauty. When you read the series, you’ll immediately spot the parallels. Then you can write and tell me about them!

But let’s get back to Cassidy and her solidly middle-class upbringing.

Even as a child growing up with my Brothers Grimm anthology of trolls, witches and fairytale princesses, I wondered how difficult it might be for a girl with humble roots to adapt to the lush opulence of a privileged existence. We’ve all read that change is stressful, even good change. So what happens when you go from being a single mom in a tiny Texas town who works at a Dairy Queen … to dating the hunkiest, richest quarterback in the free world?

I’ll give you this example.

Let’s say it’s you who’s working at Dairy Queen. Long hours. Low pay. Afternoons spent unclogging grease traps behind the fryer. Now imagine somebody handing you the keys to his Lamborghini, the gate code to his palatial ocean view estate, and stuffing your closet with half a million dollars in designer gowns. 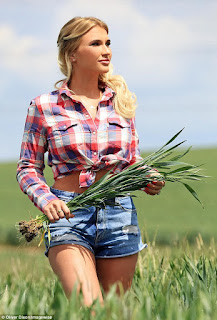 Sure, you’d love it. But wouldn’t it freak you out a little, too? With Cassidy and her Super Bowl winning quarterback suitor, Mason Hannigan, I wanted to see what happened when he opened up the world for her—including the downside, especially for a comparatively shy, soft-spoken woman like Cassidy, which is fame.

Cassidy hates having her picture taken. Poor Mason can’t stay out of the camera lens.

Relationships, even fictional ones—especially fictional ones—require sacrifice. In order for Cassidy to be with Mason, she has to come to terms with the spotlight, and Mason has to avoid making the same “putting work before family” mistakes that cost him so dearly in the past. That struggle is why DREAM ON qualifies as a love story and not just a romance. It’s why Cassidy and Mason belong together.

Hey, if love were always easy, wouldn’t everyone be doing it?

More about Stacey Keith
Posted by Unknown at 8:19 AM